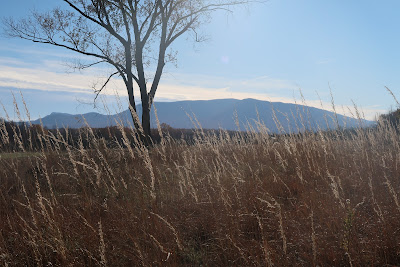 Last month I once again found myself on a trip to the Shenandoah River valley.  Instead of going to Shenandoah National Park or many of the other attractions in the area, my main goal was to get to a little known national park site honoring a little known battle in the waning months of the Civil War: Cedar Creek and Belle Groove National Historical Park.  The Shenandoah River valley is rich in Civil War era history.  Stonewall Jackson led a successful campaign here in the first half of the war, but Cedar Creek and Belle Groove National Historical Park focuses on a second campaign led by Union general Philip Sheridan that helped change public opinion enough to win Abraham Lincoln reelection.  Upon first coming to the park it was odd to think that such an important moment in American history doesn’t get nearly enough coverage as other events of that time period.

Upon leaving the visitor center I decided to do the auto tour and some of the hiking trails that were advertised to be on the way.  Most of the auto tours in the battlefields of National Park System actually take place on land owned by the National Park Service.  That is not the case here making for a very odd journey.  Many of the tour stops are located on active roads and highways with not much room to pull over and observe the interactive signs.  Part of the tour goes way out of the way on a dirt road in the middle of nowhere.  It was here that I tried picking up a hiking trail run by a foundation for preserving Civil War history in the Shenandoah region, but I had a lot of trouble finding where the trail was and whether I was entering private property or not.

Eventually, I was able to make it to the morning attack trails, which are run by the National Park Service.  It’s a short but beautiful hike that crosses a pond before ascending to a meadow that gives you expansive views of the Shenandoah Mountains.

Obviously, this is a park with a lot of potential.  The history that the visitor center interprets is immense and interesting, but a lot of the presentation and preservation of it in the field is lacking.  This park just needs more funding as it still feels like a park that was established within the past five years rather than one that was established 17 years ago.
at December 06, 2019
Email ThisBlogThis!Share to TwitterShare to FacebookShare to Pinterest
Labels: national parks