It is once again time for the LAMB (largeassmovieblogs.com) Movie of the Month poll, and I have again championed Children of Men.  Last month Children of Men received a respectable 16% of the vote to be Movie of the Month, but that was only good enough to finish in third place.  As part of the campaign I ran last month I did a blog post giving 5 reasons (not including its cinematography and tracking shots) why Children of Men is one of cinema’s greatest entries.  This month I am giving three more reasons (once again not including the cinematography/tracking shots because that would be too easy):
6. The Supporting Cast 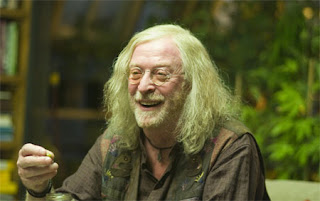 While some of the first things I noticed about Children of Men were its cinematography, phenomenal direction courtesy of Alfonso Cuaron and its interesting messages, the thing that makes me keep on coming to this film is its amazing supporting cast.  Despite many of the actors in the supporting cast not getting much screen time, many of them leave a major impact.  For instance, Julianne Moore’s performance leaves a mark that carries on throughout the entire film despite her character meeting a shocking demise early on.  Peter Mullan and Danny Huston make the most of their cameo performances too.  Even Chiwetel Ejiofer fits this description.  He plays the villain of the film, but he’s not onscreen very often.  Yet he is able to create a complex villain and is even able to get a moment of sympathy out of the audience.  The other supporting actors such as Pam Ferris and Claire-Hope Ashitey do a great job of making sure everything in their performance is in service of the film (which is surprising in the case of Ashitey as this film is her American film debut).  However, it is Michael Caine who is the stalwart of the supporting cast.  This is a Michael Caine we have rarely seen before (high on marijuana and the lone source of comic relief in this dark film), and yet he nails it.
7. The Sound Design 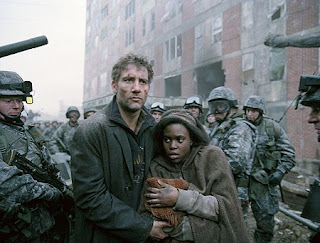 While talking about Alfonso Cuaron in my first edition of this piece, I mentioned how he utilized silence well in the scene with the baby in the middle of the battlefield.  While this was a perfect choice by Alfonso Cuaron, it is also a great example of how effective the entire sound design of this film was.  From the silence of that seen to the loudness of chaos in the middle of a motorcycle ambush to the unnerving use of ambience effects, the sounds (or lack of in come cases) of this film were astounding.  Even the inclusion of music was perfectly synced up with the rest of the sounds, which leads me to my next point…
8. The Use of Music 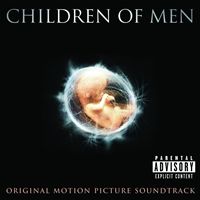 One of the most effective and most memorable components of this film was the use of “Ruby Tuesday”.  It was a strange choice at first, but the film kept on bringing the song back throughout its runtime.  Every time it was used it seemed to become more intertwined with the DNA of the film.  By the end of the film, it seemed that nothing (not even the greatest score ever composed) could replace the use of this song.  Yet this was not the only great use of music in the film.  As the film rolls to credits it begins to play a song that has children laughing in the background.  It’s a perfect touch to that memorable ending.
So if you want to see an entire edition of the LAMBcast and an entire post at largeassmovieblogs.com devoted to Children of Men, please vote for Children of Men here.
at May 13, 2012 No comments:
Email ThisBlogThis!Share to TwitterShare to FacebookShare to Pinterest
Labels: 2006 films, hall of fame

The Avengers is 142 minutes of fan service.  It is certainly (for the most part) well-executed fan service, but, make no mistake, it is just fan service.  The people in your theater will go crazy when the Avengers finally assemble, but there is nothing you will be remembering about this film a year from now.
The Avengers follows Iron Man (Robert Downey Jr.), Captain America (Chris Evans), Bruce Banner/The Hulk (Mark Ruffalo as Banner and Lou Ferrigno as the voice of the Hulk), Thor (Chris Hemsworth), Black Widow (Scarlett Johansson) and Hawkeye (Jeremy Renner) as they battle for the survival of Earth against Thor’s brother, Loki (Tom Hiddleston), and the alien horde he has recruited.  Joss Whedon directs and writes the film.  It is quite disappointing that Whedon couldn’t find a better story for this film as he has a great handle on many of the characters and the dialogue.  The plot is probably one of the more basic ones you will find in a blockbuster.  In fact, it is very reminiscent of the plot of Transformers: Dark of the Moon.  That probably should have been a warning sign for Whedon.  This film would have been so much better if it didn’t just follow the use of a MacGuffin to set up a large scale battle over a famous city (this time New York City).
Another major problem is that (while Whedon has a good handle on most of the action scenes) the opening sequence is severely lacking.  It doesn’t provide a boost of momentum to get the film started and it seems like the film struggles to get going for the first thirty minutes.  Despite these faults, Joss Whedon does do a lot right.  This is easily the best incarnation we have ever seen of the Hulk.  He steals almost every scene in the final fight scene, and there should probably be a new rule that Whedon has to write every film with the Hulk in it.  The film also plays up the relationship between Hawkeye and Black Widow so well that a spinoff for those two should be mandatory.
The film is grounded by a dynamite cast that somehow never allows one member to completely steal the show.  Robert Downey Jr. continues to impress as Tony Stark/Iron Man and Chris Hemsworth is really growing into his role as Thor.  Scarlett Johansson and Jeremy Renner are good and are even better when they share the screen together.  Samuel L. Jackson and Clark Gregg also give great supporting turns.  However, the best performance in the film belongs to Tom Hiddleston as the dastardly Loki.  Despite all of the charisma the Avengers have, it is no match for Hiddleston.  Every word that comes out of his mouth and every movement he makes is so fascinating.  He is the perfect comic book film villain.
With so many actors and so much going on it did seem at times that Chris Evans got lost in the fold as Captain America.  He was a great lead for his individual film, but I don’t know if he has the ability to lead a group of characters that are portrayed by actors with much more charisma.  There also seems to be a lot of acclaim going to Mark Ruffalo as Bruce Banner, but it seems many are mixing up what Ruffalo does and what the visual effects team/Joss Whedon’s writing/Lou Ferrigno’s voice does.  Edward Norton could have easily done this role, and it would have been much less awkward (due to the recasting).  Marvel should have just sucked it up and brought Norton back on board.  Ultimately, Mark Ruffalo offers very little to the role.
While The Avengers is not as much fun as Iron Man nor as well balanced as Captain America: The First Avenger, it is still a solid entry into the Marvel Universe canon.
7.5/10

After posting this review I have learned that Mark Ruffalo performed the hulk through the motion capture process.  In that case he deserves more credit than I gave him in the review.
at May 04, 2012 1 comment:
Email ThisBlogThis!Share to TwitterShare to FacebookShare to Pinterest
Labels: 2012 films
Newer Posts Older Posts Home
Subscribe to: Posts (Atom)