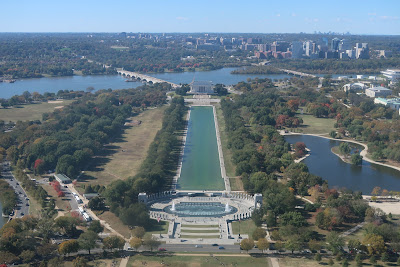 My traveling hasn’t been as extensive as most, but Washington D.C. has to be one of my favorite cities that I’ve visited.  The sights are some of the best in the world, and there’s no area more iconic in this city than the National Mall and Memorial Parks area.  When people think of the National Mall area they instantly think of the Lincoln Memorial, Washington Monument or Vietnam Veterans Memorial, but if you visit enough times like I have there is a lot more to this majestic area than you might think.

I recently just got back from a trip to Washington D.C. where I got to visit one of the more unknown monuments of the National Mall.  If you walk all the way to US Capitol building and a bit beyond you will find a small but clearly older building sitting next to the many congressional buildings in the area.  That is the Sewall-Belmont House and the home of the Belmont-Paul Women’s Equality National Monument.  Over two floors which you are allowed to explore as you like, you will learn about the the women’s rights movement during the 20th Century.  While the monument lacks the iconic scenery that many of the other monuments and memorials on the mall have in spades, it does have an immense amount of history presented in an engaging and sometimes interactive way.  The National Park Service also does a great job of making this feel like a modern national park site (park rangers, book stores and multiple activities available) while still maintaining the structure in its historical context. 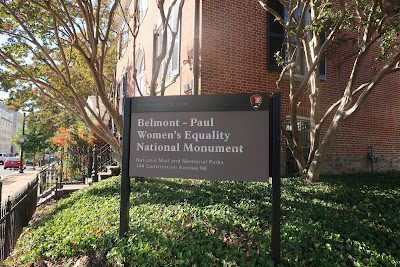 Another area on the mall that doesn’t get its due is the Constitution Gardens.  The Gardens are quite prominently located right next to the Reflecting Pool and the Vietnam Veterans Memorial but you never hear anything about them.  When the pond at the Gardens is filled, the area is one of the most beautiful in DC and has the best views of the Washington Monument.  The Gardens also have a small, but nice memorial for all of the signers of the Declaration of Independence. 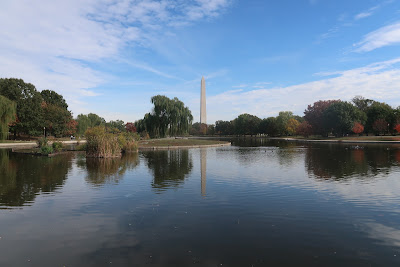 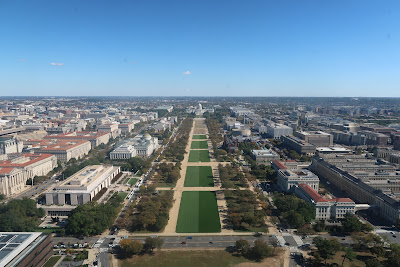 The final place that most people overlook when they visit the National Mall is once again located at one of the most popular memorials: the Jefferson Memorial.  Most people walk into the Jefferson Memorial and are content with the glorious views of the memorial proper.  However, if you notice elevators within the memorial or doorways leading somewhere at the base of the memorial, please follow the path ahead.  It leads to an underground museum that does a great job of explaining Jefferson’s importance to our country. 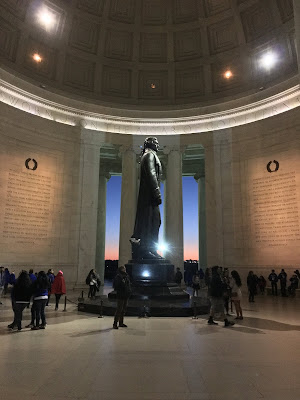 The National Mall might be one of the most photographed areas in the National Park system and for good reason: It’s a beautiful place with a dense history.  Yet if you look hard enough there is a lot more to see than the usual locales.
at October 29, 2019 No comments:
Email ThisBlogThis!Share to TwitterShare to FacebookShare to Pinterest
Newer Posts Older Posts Home
Subscribe to: Posts (Atom)