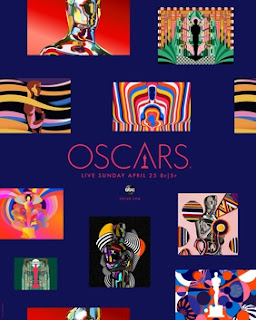 I thought Promising Young Woman was one of the most original movies I’ve seen in quite some time. There are some elements of Tarantino, but Emerald Fennell brings a unique new voice to cinema with this movie. It’s easily the best thing I saw over the past year.

Once again I love the unique vision that Emerald Fennell brought to her film. While the messaging of the movie can be a bit ham fisted at times, Fennell makes sure you know not to take the movie completely seriously while still delivering some important messages on current world matters.

Should Win=Anthony Hopkins, The Father

Anthony Hopkins and likely Oscar winner, Chadwick Boseman both star in movies based on plays, which makes Hopkins’ performance way more interesting as he fully embeds himself into his character whereas Boseman you can clearly see acting in many portions of his movie. Hopkins' performance is just so haunting.

Carey Mulligan delivered the best performance in cinema over the past year. Promising Young Woman is quite against type for her, but she makes it look natural. Add to the fact that she should have won an Oscar already for her impressive 2015 year where she starred in Far From the Madding Crowd and Suffragette and a win for her in this category would make for my biggest wish on Oscar night.

Will Win=Daniel Kaluuya, Judas and the Black Messiah

Should Win=Daniel Kaluuya, Judas and the Black Messiah

Judas and the Black Messiah was one of the best films of the year and that’s mostly due to the two fantastic performances from Daniel Kaluuya and LaKeith Stanfield. They play off of each other really well. I just feel like Kaluuya gets the slightly more meaty material in the movie.

Maria Bakalova’s performance in Borat Subsequent Moviefilm easily stands out from the rest of the competition in this category. She steals a movie in which she has to adapt to a very unconventional way of acting. She makes it look easy.

The Father is such a heartbreaking and unique portrayal of dementia. It’s a tough sit but it’s an unforgettable movie experience.

You never know where Promising Young Woman is going to go, and I think its screenplay successfully guides it through a chaotic plot and set of characters.

Wolfwalkers is such a delightful, old school fantasy movie that features a beautiful hand drawn animation style that you just don’t see anymore.

My Octopus Teacher was a surprisingly touching movie about interacting with the natural world. It’s simplistic by design, but that makes it stand out in a genre made famous by crime and other weighty subject matter.

Another Round can be a bit tonally over the place at times but Mads Mikkelsen guides a really strong ensemble cast and Thomas Vinterberg really knows when to add the flourish to maximum effect. It has one of the most memorable endings of the year, and after this and The Hunt anything that Mikkelsen and Vinterberg do together will be a must see.

Should Win=Judas and the Black Messiah

Judas and the Black Messiah delivers quite a few unique camera angles without it ever distracting from the story.

Emma is one of the most visually interesting period pieces in quite some time. The costumes are obviously at the forefront of all of this.

Will Win=The Trial of the Chicago 7

The editing of The Father makes the high wire act of getting close to the main character’s point of view without getting truly into it until the end look easy.

There wasn’t a movie this year where the makeup work stood out so I’m going with the lavish hairstyles of Emma, which is also one of the more underrated movies from last year.

There aren’t many sets in Ma Rainey’s Black Bottom, but they are all memorable and I think the movie does a good job of getting into every nook and cranny of them throughout its runtime.

The Minari score has a few memorable themes and never oversaturates the movie, which I feel like a lot of movies this year had trouble doing.

Will Win=”Speak Now”, One Night in Miami

Should Win=”Fight for You”, Judas and the Black Messiah

“Fight for You” is a banger of an end credits song.

Sound of Metal makes sound or the lack thereof pivotal to the plot making for a really cool experience.

Without many big budget blockbusters, effective physical effects as the ones employed by Tenet win the day.

Will Win=If Anything Happens I Love You

Will Win=A Concerto is a Conversation