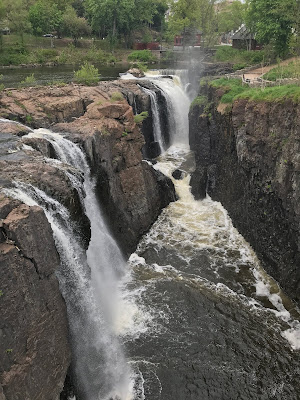 Last year I was able to take a car ride over to northern New Jersey to the city of Paterson for one of the more interesting national park sites I’ve ever visited.  Paterson Great Falls National Historical Park has some interesting scenery and an even more impressive set of history.  Having only been established in 2011 and being centered in a neighborhood in which investment is only just now starting to take place, the park is still clearly a work in progress.

I began my visit in the visitor center where there is a small gift shop and a few videos that can be played with a touch of a button. The videos were interesting because they show you the wide range of history that has touched upon this place. For instance, I visited the park at the tail end of Hamilton’s time in the zeitgeist so it was interesting to learn that Alexander Hamilton saw the Paterson Great Falls area as a perfect place to create an industrial epicenter. Unfortunately, his plans never came to fruition. 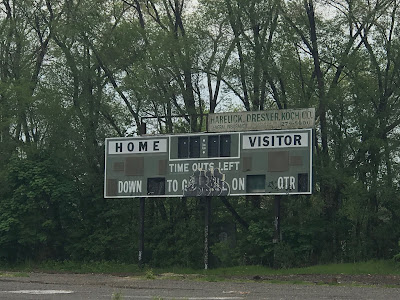 I left the visitor center and took a short drive down a block to get to the centerpiece of the park, the Great Falls of the Passaic River. Eventually, you will just be able to walk right from the visitor center onto multiple pathways around and through the falls but most of them were still under construction when I was there.  The falls aren’t exactly in the most scenic or nature friendly area, but they are so enormous and gorgeous in their own right you could see why this area was able to gain NPS status.  After walking the pathway and snapping some pictures I walked right across the parking lot to Hinchliffe Stadium, which is the only baseball stadium in the entire National Park system.  Hinchliffe Stadium was a Negro league stadium where Larry Doby (the first player to break the color barrier in the American League) played. The stadium is in a depressing state of disrepair.  All that makes it stick out from looking like an abandoned parking lot is the old scoreboard. However, there does seem to be genuine intent in rehabilitating the place.  The visit did make me thing of how cool it would have been to attend a baseball game with the falls roaring in the background.

I ultimately spent under an hour at the park but I sure did get to explore a large variety of interests on the visit.
at May 10, 2019 No comments:
Email ThisBlogThis!Share to TwitterShare to FacebookShare to Pinterest

It’s always nice to be able to fly into an airport and be within a national park in less than an hour upon arrival.  That was exactly what I was able to do when I flew into Miami International Airport last month.  About fifty minutes away from one of the south’s biggest cities is Biscayne National Park.  Biscayne is far from the most famous park in the country (the nearby Everglades National Park certainly overshadows it), and that’s most likely because the vast majority of the park is underwater as it protects the Florida Reef system.  So if you aren’t traveling to the park by boat you are missing out on a lot. 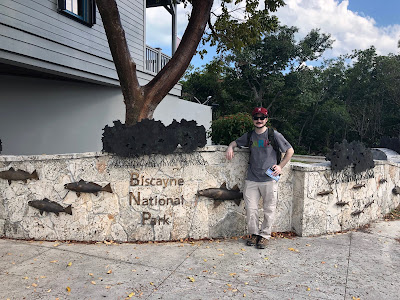 My recent trip to Florida was bookended by visits to this park, but unfortunately we still didn’t have time to get into the heart of the park.  Despite that, the Convoy Point area in Homestead, Florida is a nice introduction to the park.  Located here are the park’s visitor center, a marina and a short trail that provides amazing views of the Miami skyline.  My time at the park began with a visit to the visitor center, which was nothing special. They have a theater where they play their introductory video and very little in terms of exhibits.  This is also where you can sign up for boat tours provided by the National Park Service.  From the visitor center we took a stroll along the Convoy Point trail, which was filled with picnickers and people fishing.  The trail has a bunch of signage about the underwater wildlife and some recreational opportunities provided in the park.  The trail has beautiful views of the Miami skyline, and you will also see the occasional lizard along the way.  At only a half-mile in length it really goes to show you that this park isn’t exactly a hiker’s paradise.  On our first visit we spent maybe forty-five minutes in the park before continuing onto the rest of our journey. 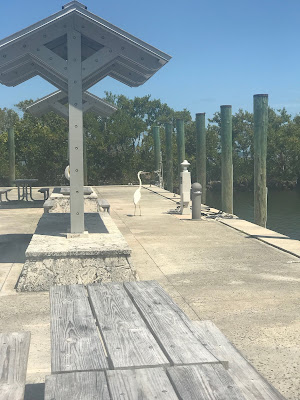 Before heading back to Miami International Airport, we decided to take one last stroll at this park before going back home.  One of the best parts about visiting national parks is the amount of small and spontaneous moments that you get to encounter in the outdoors.  As we were finishing our walk on the Convoy Point Trail we noticed a statue of a great egret on the main dock that we didn’t remember on our previous visit. It wasn’t until we moved in a little closer that we realized that this was no statue but a real bird.  Nature is awesome.
at May 01, 2019 No comments:
Email ThisBlogThis!Share to TwitterShare to FacebookShare to Pinterest 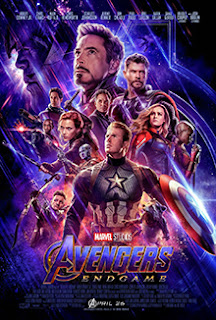 This time last year in the world of cinema we witnessed Thanos snap his fingers and make half of the universe disappear into dust in what was one of the most iconic cliffhangers.  An entire year has put up pretty high expectations for Avengers: Infinity War’s successor.  Not only were the plot mechanisms of that twist setting up an anticlimactic ending (we all knew that the effects of the snap were not going to be permanent), but Avengers: Endgame has also been advertising itself as the finale to what might be one of the most ambitious bits of movie storytelling ever.  I’m happy to say that as a finale to the first 20+ movies in the Marvel Cinematic Universe, Endgame delivers.  As a singular movie, though, Endgame does struggle to support its many ambitions.  This is a movie that is trying to do a lot and some things work better than others.

Avengers: Endgame picks up in the immediate aftermath of Infinity War as the Avengers try to regroup and strike a counterattack against Thanos.  Other than a fast moving opening fifteen minutes or so Endgame really tries to distance itself from its predecessor. From a storytelling structure perspective this movie is way different than Infinity War.  It’s obviously darker, but whereas Infinity War was a momentum-fuelled race to its conclusion, Endgame is a much more character driven affair that tries to reinvent itself multiple times throughout its three-hour runtime.  This is a much more clunky affair as we watch a movie that acts as a dark drama (featuring some of Robert Downey Jr.’s best work yet and some killer comedic work from Chris Hemsworth) before suddenly deciding it wants to be a comedic sci-fi adventure (this is the best portion of the movie as the filmmakers unveil the cinematic version of a love letter to this entire series) before once again deciding it wants to be a CGI heavy but emotional war movie.

The heavier focus on character and this all over the place storyline also means the treatment of the characters is also a mixed bag.  Captain America (Chris Evans in his best performance in this role) and Iron Man are treated like rock stars in this movie, and the movie really knows how to get the most out of the comedic appeal of Thor, Rocket and the Hulk.  However, Scarlett Johansson’s Black Widow is just not given enough attention for her arc to have the effect that the movie wants it to have.  Additionally, Captain Marvel’s much-hyped introduction into the Avengers storyline is a big letdown as she ends up being an annoying deus ex machina.  Anytime she shows up the good guys instantly get a leg up and all stakes go flying out the door.  Karen Gillan, however, surprisingly gets a lot to do as Nebula. The way that her story draws out is almost enough to make up for screenwriters Christopher Markus and Stephen McFeely’s failure to give little impact to the rest of the female characters.

As the movie approaches its end I was quite shocked to see how well this movie handles the cliffhanger of the previous movie. That cliffhanger still has weight as this movie concludes.  Additionally, this movie itself does have a sense of finality to it.  There will certainly be more Marvel Cinematic Universe movies, but multiple character arcs conclude in a way that I have a hard time seeing there being a next time for them.

Avengers: Endgame is a glorious mess.  Its insane ambition gets in the way of itself sometimes, but it’s quite hard not to enjoy this movie.

8/10
at May 01, 2019 No comments:
Email ThisBlogThis!Share to TwitterShare to FacebookShare to Pinterest
Newer Posts Older Posts Home
Subscribe to: Posts (Atom)