67th Primetime Emmy Awards: The Good, the Bad and the Ugly 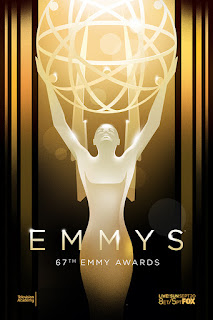 Last night, the 67th Primetime Emmy Awards saw HBO come out as the big winner with victories for Outstanding Drama Series (Game of Thrones), Outstanding Comedy Series (Veep) and Outstanding Limited Series (Olive Kitteridge).  The full list of winners can be found here but my thoughts are as follows:
THE GOOD
-It was nice to see the Emmys embrace genre programming again.  The Oscars very rarely nominate sci-fi films for Best Picture and The Lord of the Rings: The Return of the King is the only fantasy film Best Picture winner.  However, the Emmys voters have now struck twice with voting for genre options.  Last night Game of Thrones won Outstanding Drama Series, becoming the first genre show to win since Lost in 2005.  While I wouldn’t call its victory for its uneven fifth season deserving, this is definitely a show that has deserved to win the big one multiple times in the past.
THE BAD
-The show as a whole was quite boring.  Splitting up the show by the comedy, miniseries/movie, drama sections has become a tiresome format that really caused the show to lose its rhythm halfway through.  It also doesn’t help that Andy Samburg wasn’t allowed to go with his more controversial style of comedy as host.
THE UGLY
-How in the world does Amy Poehler still not have an Emmy?  In terms of people most integral to the present day television landscape she has to be somewhere near the top of the list.  Yet despite nominations for acting, writing and producing, Poehler has still never won an Emmy.  To know that her performance as Leslie Knope on Parks and Recreation went Emmy-less is just hard to understand.
-Jonathan Banks has emerged as one of the great character actors of our time.  His performance as Mike Ehrmantraut on Breaking Bad and now Better Call Saul is his signature role so it was a shame to see him lose yet again for the role.  I think it’s time people have a realization about Peter Dinklage’s performance as Tyrion Lannister, though. It’s hard to understand how a performance that is mostly some guy walking into a room, saying some quip-y remarks and than walking out has won two Emmy awards.  Even when Dinklage does get some strong material he tends to overact with it.  Dinklage is well cast in the role, and he is one of the breakout characters in one of the biggest breakout shows of the last decade so an Emmy victory is understandable.  However, it’s time for Emmy voters, and people in general, to stop acting like this is one of the greatest performances ever.
-It was very predictable, but the Olive Kitteridge domination of the limited series and movie categories was just so disappointing.  Olive Kitteridge had to be one of the most boring and laborious productions put on television during the course of the last television season so to see it win almost everything against Wolf Hall, Missing, Derek and others was just downright disappointing.  I mean Billy Murray winning for his name recognition alone and Richard Jenkins winning over a stacked category was just downright shameful.

-I went 13 for 26 with my predictions.  That’s a terrible showing but somehow still an improvement over last year’s work.
at September 21, 2015
Email ThisBlogThis!Share to TwitterShare to FacebookShare to Pinterest
Labels: 67th Primetime Emmys