89th Academy Awards: The Good, the Bad and the Ugly 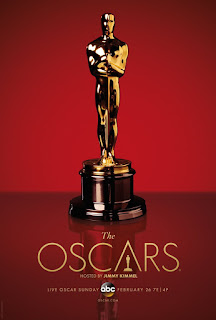 THE GOOD
-Let’s start off by saying this was one of the most entertaining and memorable Oscar ceremonies that I have ever seen.  Sure, a lot of that has to do with the unexpected mixup of La La Landaccidently being announced as the winner of Best Picture when it was Moonlight in reality.  Yet, before the ceremonies final moments it was still quite the standout.  Jimmy Kimmel was an entertaining host as he brought his brand of pranks to the show in hilarious fashion.  This show also seemed to care about the films nominated more than most shows have in the recent past.  All of the acting category announcements had clips for each actor nominated (I can’t remember the last time that happened), and all of the song nominees got to perform (I also can’t remember the last time that happened).  So all in all this had to be one of my favorite ceremonies that I have ever witnessed.
THE BAD
-This was a rather disappointing set of winners.  From Best Picture all the way to Best Visual Effects there was a nominee that deserved the award more than the eventual winner.  A La La Land-Moonlight split of the two big awards would have made more sense in the opposite direction as La La Land seemed like a much more complete and entertaining final product whereas Moonlight was the more ambitious and more auteur-esque film.  Meanwhile, in the crafts Hacksaw Ridge managed to pick up two big awards in Film Editing and Sound Mixing.  Hacksaw Ridge never really managed to become more than your typical war film, and it’s sad that it seemed to have found its place in the center of this awards season thanks only to its Mel Gibson comeback narrative.  It was also sad to see such terrible films such as Suicide Squad and Fantastic Beasts and Where to Find Them pick up awards.
THE UGLY

-This was one of my poorer performances in predicting the awards.  I ended up only going 14 for 24 and missed some big ones such as Best Picture and Best Lead Actor.  To be fair, though, Moonlight’s win in Best Picture was an upset for the ages, and that’s sadly (along with the historical nature of its victory) been lost in the commotion over the announcement mix-up.
at March 03, 2017
Email ThisBlogThis!Share to TwitterShare to FacebookShare to Pinterest