68th Primetime Emmy Award Nominations: The Good, the Bad and the Ugly 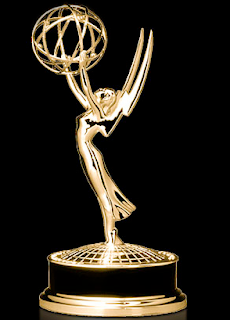 Here are my way overdue thoughts on July’s Emmy nominations announcement:
THE GOOD
-Overall there was not much to not like about these nominations.  There was a lot of diversity among the acting nominees, and the diversity was not because of the backlash to the lack of diversity with the Oscars.  It was because all of these actors of color deserved their nominations.  Audra McDonald delivers a show-carrying performance in Lady Day at Emerson’s Bar and Grill if you have not seen it yet.  The People v. O.J. Simpson has arguably the best ensemble of the year.  Bookeem Woodbine was the breakout star of the year, and Tituss Burgess has always been a hoot on Unbreakable Kimmy Schmidt.  Additionally, the nominations seemed to be spread out among more shows this year, and voters definitely seemed to finally kick “the once you’re nominated, you’re nominated until your off the air” mindset that has hampered these awards at times.
-So many acting nominees made me happy.  Jonathan Banks is back for his portrayal of one of television’s best characters ever!  Now let’s give him the Emmy he should have won twice over.  Maisie Williams finally broke through for her performance that has been great from the beginning on Game of Thrones (arguments that it should have been Sophie Turner getting nominated for this season are fully justifiable though), and Bookeem Woodbine turned his breakout Fargorole into an Emmy nomination.  Nothing makes me happier though than Maura Tierney getting a nomination for what might be the performance of the TV season on The Affair.
-After getting shafted for his impeccable work on the Lost finale, Jack Bender is back in the hunt for an Emmy with his strong work on this season of Game of Thrones’ most emotional episode, “The Door”
-Christian Slater didn’t get nominated for his work on Mr. Robot.  I get that the TV industry loves the guy and feels bad for him for constantly being stuck on shows that get cancelled almost instantly.  However, that should not be enough to get you an Emmy nomination because his one-note performance on Mr. Robot certainly is not worthy.
THE BAD
-Girls is still inconsistent as ever, but there are certainly aspects of this show (and especially this past season) that deserve to be lauded.  It’s a shame that Jemima Kirke still does not have a nomination for her work on this show, and it’s just bizarre that voters decided to drop Adam Driver after one of his stronger seasons and his first season post Star Wars.
THE UGLY
-The Leftovers IS the best show on television right now.  There’s no better written and audacious show out there, and it’s baffling how this show still has not picked up a single Emmy nomination in any category.  Sure, the show is polarizing but with HBO and Damon Lindelof behind the show, it does have a pedigree that Emmy voters should be paying attention to.

I had my worst year ever at predicting the Emmy nominations.  I went 105 for 156, which is only good enough for a 67.3%.  The only category I correctly predicted was Outstanding Drama Series where I correctly called all seven nominees.
at September 03, 2016
Email ThisBlogThis!Share to TwitterShare to FacebookShare to Pinterest