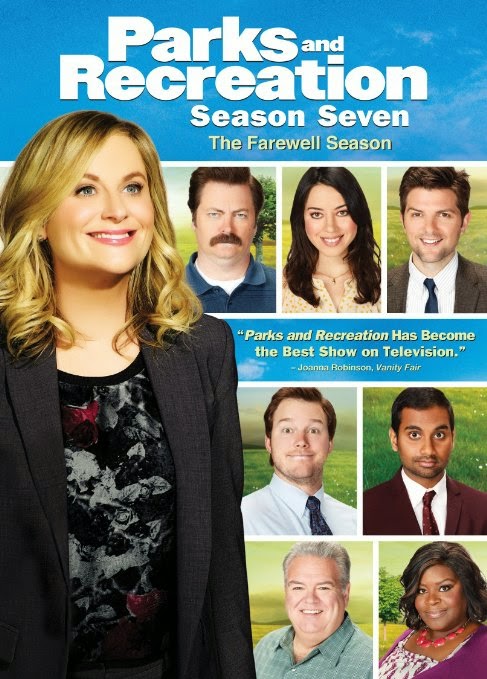 The final season of Parks and Recreation was going to be a big moment for the television world as soon as it was announced even if viewers didn’t watch it.  As the final comedy still running from NBC’s Must See TV block it ended the run of great comedies and massive pop culture hits that included Seinfeld, Friends, Cheers, Frasier, Will & Grace, The Office and 30 Rock.  Even more so it was an opportunity for Parks and Recreationto cement itself as one of the great comedies of all-time if it could land the ending.  Fortunately, Parks and Rec landed the ending with one of its best seasons.  With an ensemble that keeps on getting stronger and a quirky and fresh style of comedy it was hard not to love this show until the very end.

The final season of Parks and Recreation picks up after the shocking time jump in the season six finale to the year 2017.  It is here that Leslie Knope (Amy Poehler) and Ron Swanson (Nick Offerman) find themselves on opposing ends of a battle to purchase land from the richest residents in town, the Newport family.  It is through this battle that we learn the ultimate fates of our beloved cast of characters.

Parks and Rec clearly found the exact right time to go off the air.  While the show could have ended much sooner, the writers still found great material for hallmarks of the show such as Leslie and Ron while revealing new facets to each of them.  It also seems like this was the first season in which the writers found material that worked for all of the characters.  Characters that could be problematic in certain seasons definitely weren’t this time around such as with Ben and his aspirations for political office or Tom and a relationship storyline that actually meant something for once or what was one of the major highlights of the season in Andy’s Johnny Karate storyline.

Ultimately, the final season felt like a perfect storm of everything going right for this show.  It may have taken some time to get used to the new setting for the show, but with characters and a well established history like this show has it was so easy for this show to be sent off right.  Who wouldn’t be excited when we finally got a Leslie-Ron bottle episode or when we got the big mayor of Pawnee cameo that we have been teased about for seasons?  This is just about as good as final seasons can get.

9/10
at March 18, 2015
Email ThisBlogThis!Share to TwitterShare to FacebookShare to Pinterest
Labels: 2015 tv