2013 Entertainers of the Year 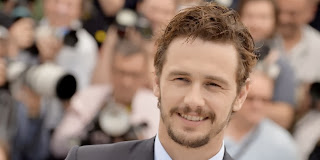 There was no actor more ubiquitous this year than James Franco, but was this a case of quantity over quality?  Absolutely not.  Franco delivered solid performances in films like This is the End and Oz the Great and Powerful.  However, he may have delivered the performance of the year as the sad and timid individual masquerading as rapper-gangster Alien in Spring Breakers.

2. The Cast and Crew of Breaking Bad 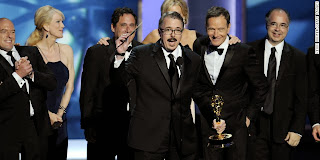 It would be easy to credit Bryan Cranston here for his towering performance as Walter White, but that would be unfair to performances that were equally as good from Aaron Paul, Anna Gunn, Dean Norris, Betsy Brandt and RJ Mitte.  It would also exclude Michael Slovis’ magnificent cinematography, Michelle MacLaren’s impeccable direction, Rian Johnson’s work on the all-time great episode “Ozymandias”, the incredible job done by the writing staff and, of course, the show’s mastermind Vince Gilligan.  The final season of Breaking Bad is the greatest final season in television history, and the cast and crew of the show have deserved all of the acclaim that they have received. 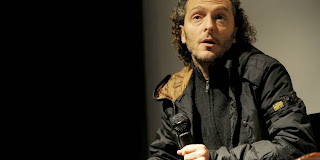 In previous years I have rewarded spots on the Entertainers of the Year list for actors.  I thought that needed to end this year.  That’s especially so when you consider that one of the all-time great cinematographers had his best year yet.  Emmanuel Lubezki once again proved why his partnership with Terrence Malick is one of the best director-cinematography collaborations in the industry with To the Wonder.  The film may have been a slight disappointment, but Lubezki’s beautiful imagery and natural lighting was anything but.  Yet that was not the end of the year for Lubezki.  He next helped Alfonso Cuaron create one of the great visual films of our time with Gravity.  His work on Gravity is career best work from the cinematographer, and here’s hoping that he is finally rewarded with a long overdue Oscar this March.
at December 28, 2013
Email ThisBlogThis!Share to TwitterShare to FacebookShare to Pinterest
Labels: 2013 films, 2013 tv