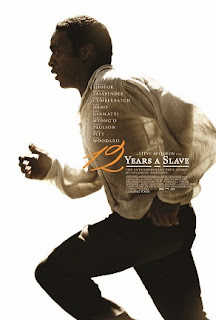 Last year when I reviewed Amour (a film that I did not like), I asked something along the lines of whether a movie could be good while at the same time not being enjoyable.  I’m in the camp that a film has to be enjoyable in order to be good.  There’s no point in calling a film great if I have no intention of ever seeing it again.  Director Steve McQueen has a history of making these types of movies (ones that straddle the line of being able to pull any enjoyment out of them while being masterfully crafted).  Take Shame for instance, which was amazingly acted and featured some top-notch directing, but ultimately became too much to handle with its bleak portrayal of sex addiction.  So when I heard that Steve McQueen’s latest film was being heralded as not only one of the best films of the year but possibly ever, I began to worry I was going to be left out of the celebration.  McQueen’s portrayal of slavery in 12 Years a Slave sure is unsettling, but there is something there that films like Amour and Shame don’t have: hope.  It also helps that McQueen has upped his game to the next level as a director and has assembled what might be the ensemble of the year.
12 Years a Slave follows Solomon Northup (Chiwetel Ejiofor), a free black man living in Saratoga, New York in the mid-1800s.  On the promise of a well-paying job, he accompanies two men (cameo performances from Saturday Night Live’s Taran Killam and Argo’s Scott McNairy) to Washington D.C., where he is drugged and kidnapped.  Northup wakes up to the brutal reality that he is now a slave.  The film is directed by Steve McQueen from a script by John Ridley.
While 2013 hasn’t quite been a banner year for cinema (it’s actually probably one of the weakest in recent memory), it has been a great showcase for this generation of directors.  Just look at Alfonso Cuaron’s directorial achievement on Gravity for proof.  Stunningly, Steve McQueen’s work on this film might be just as good.  Whereas Cuaron redefined the boundaries of cinema, McQueen reveals what can be done within the limitations of cinema.  McQueen isn’t trying to invent anything new, but, whether it is through the slow reveal of a character’s surroundings or a tracking shot used to stunning effect, he reveals that he is a master of his craft.
It also helps that McQueen has this film casted to as close as perfect as you can get.  Small turns from Paul Dano, Garret Dillahunt, Paul Giamatti, Michael K. Williams and Benedict Cumberbatch elicit the intended effect from audiences.  However, this film really comes down to three of the most powerful performances you will see in cinemas this year.  Michael Fassbender delivers what might be the most monstrous performance to grace the screen since Ralph Fiennes’ Amon Goeth in Schindler’s List as the plantation owner Epps.  The performance easily could have been cartoonish in lesser hands, but Fassbender makes Epps a complex figure: a man who deep down knows what he is doing is somehow wrong yet is too addicted to it to even think about stopping.  Sharing a lot of screen time with Fassbender is newcomer Lupita Nyong’o as the slave Patsey.  Nyong’o delivers an intense and very physical performance that makes it appear as if she is a veteran actress.  However, this film really belongs to Chiwetel Ejiofor.  In many ways Solomon Northrup is the least complex of the main roles, yet Ejiofor makes sure to take the few things of note about Northrup (his determination to live and his good nature) on a journey as long and arduous as the character’s actual 12-year ordeal.
It’s a brutal watch, but 12 Years a Slaveis about as well acted and directed as a film can get.
8.5/10
at November 05, 2013
Email ThisBlogThis!Share to TwitterShare to FacebookShare to Pinterest
Labels: 2013 films