Entertainers of the Year

One of the end of the year features I look most forward to writing each year is my Entertainers of the Year post.  I get to combine television and film, and there is no set number of people I have to include on this list.  This year was especially hard to comb through all of television and film to pick the finalists.  Some very difficult questions quickly came up when I went through possible choices for this list.  Do I allow people who made the list last year to show up again this year?  Do I keep this list strictly to actors or do I include showrunners and directors too?  Ultimately, I decided yes for the former, and while I was open to including showrunners and directors, none make this list (although Kathryn Bigelow and Dan Harmon came close).  Without further ado here are my Entertainers of the Year: 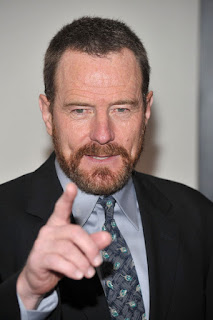 Bryan Cranston actually showed up on this list last year as #3.  While his turn as Walter White wasn't as engrossing this season as it was in season 4 it is still the most powerful performance in the history of television.  However, what really scored Cranston a spot on this list was his terrific supporting turn in Best Picture contender Argo as a CIA higher up.  It perfectly combined his menacing composure of Breaking Bad and his ability to pull off a one-liner that he picked up from his time on Malcolm in the Middle. Cranston also had one of the more memorable guest appearances on the final season of 30 Rock as Kenneth's stepfather.  Cranston also had small turns in John Carter, Red Tails and Madagascar 3: Europe's Most Wanted and appeared in (although I haven't seen them yet) Rock of Ages and Total Recall.

Jessica Chastain was my Entertainer of the Year for 2011, and had she not won last year, she probably would have been a bit higher on this list.  While her year wasn't as all-consuming as it was last year, she did deliver two fantastic performances.  First up is Zero Dark Thirty where she played determined CIA agent Maya.  With not much to the character in terms of personality, Chastain had a major challenge in bringing this character and performance to life.  However, she more than delivered and turned Maya into one of the best characters of the year.  Chastain's haunting final scene should alone be enough to clinch the Oscar.  Back in August, Chastain also starred in Lawless.  While there wasn't much meat to the bone with this performance, she did get one major scene that not only revealed the true theme of this film but gave Chastain a real moment to shine through.  Chastain also delivered a solid performance in the Broadway revival of The Heiress and gave her voice to Madagascar 3: Europe's Most Wanted. 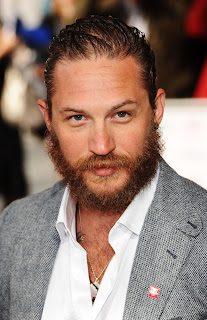 #2 on this list is Jessica Chastain's Lawless co-star, Tom Hardy.  Like Chastain, Hardy delivered two fantastic performances this year.  First up is the one he will be the most remembered for and arguably the one that launched him into true stardom: his performance as Bane in The Dark Knight Rises.  With nothing to use but his physicality and his eyes (thanks to the now iconic Bane mask), Hardy was able to make Bane into the most interesting villain in film this year.  There were moments where you truly felt sympathy for Bane and Hardy does not get enough credit for that.  More proof of the fantastic year Tom Hardy had came in Lawless where he had the charisma and the compelling accent to make you believe that Forrest Bondurant was an invincible legend.  Tom Hardy also starred in This Means War. 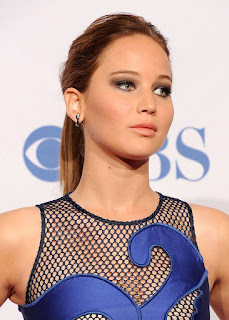 With a year that finally made her the star that she deserved to be and two of the most talked about performances of the year, Jennifer Lawrence is my Entertainer of the Year.  Lawrence is receiving a lot of Oscar buzz for her performance in Silver Linings Playbook.  While it is a very good performance that finds her being emotional and sexy, more attention needs to be paid to her performance in The Hunger Games.  As Katniss Everdeen, Lawrence delivered a true star-making performance.  She was vulnerable yet completely stoic.  She pulled off her big moments (her reaction to Rue's death) and even the smaller ones (her visible shaking as she prepared herself for the games was one of the best touches an actor put on their performance this year).  Lawrence also starred in House at the End of the Street this year.
at December 28, 2012
Email ThisBlogThis!Share to TwitterShare to FacebookShare to Pinterest
Labels: 2012 films, 2012 tv