I have been really late in getting up my list of demands for tonight's Emmys.  So here is a quick take on 3 things that I hope happen: 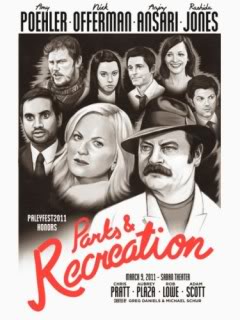 Amy Poehler has proven herself to be one of our greatest comedic actors.  However, she has nothing to show for it (at least from the Emmys).  She has two chances tonight for a win.  She is nominated for Best Lead Actress in a Comedy Series and Best Writing for a Comedy Series.  A win for her any of these two categories would be a great moment.

Mad Men has won 4 straight Emmys for Best Drama Series.  Enough is enough already.  You can love Mad Men all you want, but there is no reasoning that can justify it winning 5 Emmys during television's Golden Age.  It simply hasn't been the best show on television for 5 straight seasons in years in which Breaking Bad, Lost, Friday Night Lights and others have aired.
at September 23, 2012
Email ThisBlogThis!Share to TwitterShare to FacebookShare to Pinterest
Labels: 64th Primetime Emmys