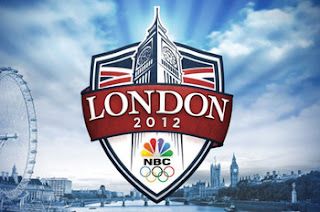 The following review is a review of the NBC telecast as that is the version that will be Emmy-eligible.  If this were simply a review of Danny Boyle’s work, it would have received a higher score.

The 2012 Summer Olympics Opening Ceremony in London had a lot to live up to.  Four years beforehand we witnessed one of the most jaw dropping displays ever courtesy of China and ceremony director Yimou Zhang.  The London Games decided to bring in Oscar-winning director Danny Boyle to handle the festivities and NBC once again provided the telecast to American audiences.  While the ceremony ultimately didn’t reach the heights of the Beijing games, it was certainly solid and at points extremely ambitious.

The ceremony began with an interesting portrayal of the history of London.  This first section of the ceremony was actually divided even further into three segments: “The Green and Pleasant Land”, “Pandemonium”, and “Frankie and June Say Thanks to Tim”.  “The Green and Pleasant Land” was probably the weakest of the bunch and never really allowed the ceremony to find any creative momentum.  It started with a cool cameo from Kenneth Branagh where he quoted The Tempest.  Oddly, however, the camera kept coming back to Branagh who did nothing else but walk around during the whole segment.  The segment also had a huge change of sets from the idyllic green pastures of old to the age of factories and construction.  The problem was that this portion was too large for its own good and the process of changing the sets took way too long.  Another thing that was good in theory, but a failure in execution was a video featuring James Bond (played by Daniel Craig) and the Queen before “they” jumped from a helicopter into the stadium.  The problem with it was it was too cheesy for its own good, and the humor of it was betrayed by the Queen’s icy cold demeanor through the rest of the ceremony.

The second portion of the opening section was an improvement.  It featured a bunch of great visuals highlighting Britain’s health care history and children’s literature history.  I am nitpicking, but as a huge Tolkien fan I was quite disappointed that his work was snubbed during this segment.  As the segment went on the visuals got crazier and crazier (hello large baby head), and Boyle made it work.  However, it was the segment’s conclusion where it finally stepped up to the next level.  Rowan Atkinson showed up doing his normal shtick, and before we knew it we were suddenly shown a Chariots of Fire starring the Mr. Bean actor.  It served the same purpose as the Bond/Queen video but was way more effective.

However, that was not the highlight of the ceremony.  The “Frankie and June Say Thanks to Tim” segment might be Danny Boyle’s most ambitious and best work to date.  It used a shtick that was similar to Jimmy Fallon’s A History of Rap but set it to a love story and the rise of technology in Britain’s culture.  Somehow Boyle made a cohesive and brilliant segment out of all of that.

The ceremony then commenced with the Parade of Nations, which was over in a record time.  This would be a perfect time to bring up NBC’s terrible crew of commentators for the telecast.  While Bob Costas was bearable during the actual Parade of Nations, everything that preceded it was brought down by Meredith Vieira and Matt Lauer.  It would be a crime against broadcasting if they are allowed to do that again during the 2014 Winter Olympics opener.  And don’t even get me started on the Ryan Seacrest interviews that began the telecast.

The ceremony concluded with the lighting of the Olympic flame and the biggest sing-along ever attempted led by Paul McCartney.  It was weird to see the ceremony throw in so many celebrities into the opening ceremony and then decide to have a bunch of kids light the flame, but it was original (please don’t let this become a trend in the future though).  Meanwhile, McCartney was not at his best during his performance but it was good to see so many people into it.

As a whole, London’s opening ceremony was a cameo-filled and visually appealing show that was at least ambitious when it wasn’t good.  The same cannot be said for the additions NBC brought to it.

7/10
at July 29, 2012
Email ThisBlogThis!Share to TwitterShare to FacebookShare to Pinterest
Labels: 2012 tv