When I first watched Children of Men, I was surprised to learn that it was based on a book, The Children of Men by P.D. James.  I eventually picked up the book and read it.  The book taught me that Alfonso Cuaron and his screenwriting team made a film that wasn’t afraid to deviate from its source material.  Supporting characters in the book had different personalities in the film, the antagonist of the book was changed in the film and even Theo’s character journey deviates from the book.  All of this leads to a film that rises above its source material.  The film is able to hone in on a particular theme and let the visual aspects of the film take center stage (something the book, with all of its in-your-face messages, cannot do).
2. Alfonso Cuaron

Speaking of the visual aspects, if you thought that Alfonso Cuaron wasn’t one of the great visual artists in the industry after Y Tu Mama Tambien and Harry Potter and the Prisoner of Azkaban, you must be believing in him now.  The grim reality of a world on the verge of an apocalypse has never been darker, and yet Cuaron is able to deliver enough moments of beauty, nature and hope that we never stop believing.  Cuaron has delivered one of the best cinematic worlds yet, and compliments all of this with some of cinema’s most memorable scenes.  Very few (if any) directors could have handled the scenes of the birth and its aftermath.  The silence that surrounds the cry of a baby in the middle of a battlefield is one of the most jaw-dropping experiences I have ever had while watching a film.
3. Clive Owen 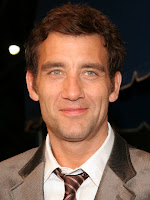 I have never been sold on Clive Owen until this film.  The role of Theo Faron gives Owen nothing flashy to work with.  There is no “Oscar” scene in it for him.  In fact, it is a major achievement that Owen was able to pull of this performance at all.  He is playing the stereotypical good guy.  Everything the guy does is because it is the right thing to do.  While actors don’t get much credit for roles like Theo Faron, they are the hardest type to pull off.  How do you make a guy that does everything right interesting?  Clive Owen answers that with a performance that handles all of the nuances of the script.  While most of Theo’s motivations are never spelled out for you (another highlight of the film is the script), you still get them through Owen’s performance.
4. Production Design

Alfonso Cuaron’s direction had a lot to do with the world building that went on in this film, but it is nothing without the art direction.  The decaying landscape of England is a horrifying sight, but just look at all of the little details that were incorporated to make that work.  There are the buses with the pro-government ads on constant replay.  There are the cars with the dashboard on the windows.  There’s all of the anti-government graffiti on the walls of the city.  It’s a complete world that you enter when watching this film.
5. It’s a film for our time

A lot changes in six years.  Economic times were much better when Children of Men was released.  The iPhone hadn’t been released yet.  Sudan was still one country.  Yet the themes of Children of Men are still extremely relevant to the world of today.  Children of Men has its own debate on the role of government that has become so prominent in American politics today.  Theo Faron represents a messiah like figure.  One that Americans were clearly looking for in Rick Santorum when they voted for him (or Barack Obama when they voted for him in 2008).  However, the entire atmosphere of this film is one that almost everyone around the world is experiencing right now.  The film presents an atmosphere where darkness is all around us.  Yet when you look closely there is hope everywhere.
Now back to why I wrote this article now.  Over at the LAMB (largeassmovieblogs.com), they are currently running a LAMB Movie of the Month poll, which I have entered Children of Men into.  If you would like to hear an entire episode of the LAMBcast devoted to Children of Men or read more insightful articles on the film, please vote for it at the poll here or at the LAMB here.  Vote quick as the poll ends in a week.

Children of Men was released on December 25, 2006.  It was directed by Alfonso Cuaron.  It was nominated for 3 Academy Awards (Best Adapted Screenplay, Best Cinematography, Best Film Editing) and currently ranks 8th in my Film Hall of Fame.
at April 14, 2012
Email ThisBlogThis!Share to TwitterShare to FacebookShare to Pinterest
Labels: 2006 films, hall of fame