2011 Entertainers of the Year

I decided that with this list it would be unwise to do a top 10 list.  There just aren't 10 people out there worthy of being called Entertainer of the Year.  I also didn't want to limit myself to one person because there are actually a few who deserve the honor.  So my list for Entertainer of the Year will include four entries. 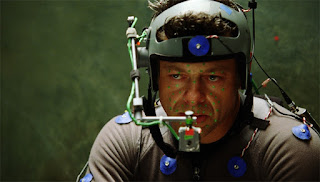 Andy Serkis has had a big year.  He drew raves as the star (despite not appearing on camera) of Rise of the Planet of the Apes.  The film went on to gross over $176 million and much of that was probably due to the acclaim the film got (much of that was because of this guy).  Serkis didn't finish of the year there.  Instead he got to co-star (once again using the motion capture format for his performance) in The Adventures of Tintin.  He was easily the best part of the film as the unstable Captain Haddock.  However, Serkis' biggest contribution this year to film was his ability to single-handedly push motion-capture into the mainstream.  He is the King of the format and never receives enough recognition for it.  Because of Serkis we might be looking back at 2011 as the breakthrough year for motion-capture. 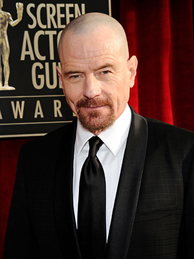 Bryan Cranston appeared in 4 films this year.  Sure most of these were almost cameo-like appearances (for instance his appearance as a General in Contagion), but he was still able to deliver one of the most underrated performances of the year in Drive.  As the car mechanic (and mentor to Ryan Gosling's character) Shannon, Cranston was able to deliver a three-dimensional performance with little screentime.  He left a much bigger impact than the much raved about Albert Brooks.  The real reason Cranston is on this list though is for his continued performance as Walter White on Breaking Bad.  It's getting to the point that Cranston should be getting credited for delivering the best performance in television history. 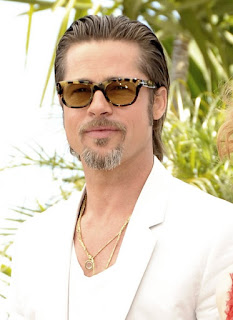 It seems that Brad Pitt is having a career year with no one paying attention.  Sure he is credited as having one of the best performances of the year, but he has actually delivered two of the best performances in his long career.  Pitt was mesmerizing in The Tree of Life and gave a fun performance that deserved all of the credit it is getting in Moneyball.  On top of that, Pitt actually produced both of those films.  Both were high quality products (and will be appearing on a certain top 10 list of mine).  I don't think it is absurd to say that Pitt deserves 4 Oscar nominations this time.  Now that is a mega year. 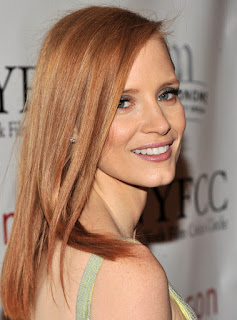 While Brad Pitt deserves 4 Oscar nominations, Jessica Chastain probably deserves an entire category devoted to her.  Chastain starred in six films this year.  I have only seen 3 (The Tree of Life, The Help and The Debt), but from what I hear she is just as good in the other 3.  Chastain has had one of the largest breakout years in memory as she delivered a graceful performance in The Tree of Life, a tour de force of chameleon acting in The Help, and a kick-ass performance in The Debt.  It seems Chastain will be a force for years to come, and I just enjoy anytime I see her on screen.
at December 30, 2011
Email ThisBlogThis!Share to TwitterShare to FacebookShare to Pinterest
Labels: 2011 films, 2011 tv