Well here is my list of shows/performances that must be nominated for the ATAS to avoid my complaining about the Emmy nominations tomorrow.  This list means nothing as I have no influence over the Academy and my eventual complaining will not make this any different.  This list is just for fun.  So without further ado, here it is:

4. Rubicon for at least 1 nomination

Rubicon had a short 13 episode season before being cancelled due to low ratings before 2010 was over.  It is now 2011 and Rubicon is definitely out of most voters' radar, but that doesn't mean that this was a great show.  Fortunately, there are two categories for a show like this.  Outstanding Main Title Design and Outstanding Main Title Theme Music are two categories that these types of shows (critically acclaimed but low rated) always get into.  Luckily, Rubicon had one of the best main title sequences on television this year.

3. Sean Bean, Game of Thrones for Best Lead Actor in a Drama Series

This is probably the nomination that has the least chance of happening on this list.  The lead actor for drama is a loaded category this year and, unless, Bean can get in on the coattails of a big day for Game of Thrones, he won't get nominated.  Nontheless, Bean gave one of the greatest performances of the past year as the noble Eddard Stark.  A complete good guy is a hard character to play because they tend to be very boring.  Bean, however, made Eddard one of the most interesting characters on the show and completely sold his final scene.
2. John Noble, Fringe for Best Supporting Actor in a Drama Series 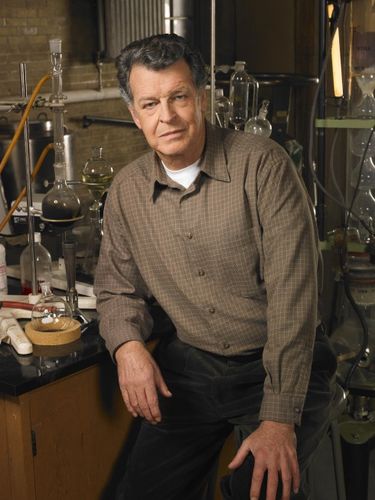 He is probably known as one of the most overdue actors in television today.  So I will just lay down the facts: This is probably Noble's last chance to break into the category.  Fringe is a show that is lucky to have survived another season, so a 5th season is very unlikely.  Emmy voters don't like to vote for cancelled shows so he wouldn't be nominated next year.  However, if Fringe does manage to get another season, Noble's chances of getting into the category wouldn't improve at all.  Next year will bring back Aaron Paul and will have John Goodman contending for his role on Damages.  Next year the category will be stacked.  That leaves only this year for a John Noble nomination.  So Emmy voters please vote in one of our greatest actors in John Noble.

I and critics all over have raved over and over again about Margo Martindale's performance as Mags Bennett.  It's time that the Emmy voters respond.  A snub would not be wise.
at July 13, 2011
Email ThisBlogThis!Share to TwitterShare to FacebookShare to Pinterest